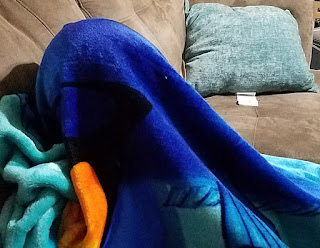 (Alex is hiding under this blanket)

So, where'd October go? Around here, it passed in a flurry of sick, a short vacation, and 2 more weeks of sick. And before we knew it, it was Halloween and we hadn't done anything to celebrate other than one trip to the local Pumpkin Patch. Fail.

It's been a rough month. It started off with Matthew getting a stomach bug, and constantly vomiting for about 24 hours. Poor little guy was miserable. Any liquid or food he consumed came right back up. Over and over. Finally he started keeping food & drink down, and we spent the next few days re-hydrating him. 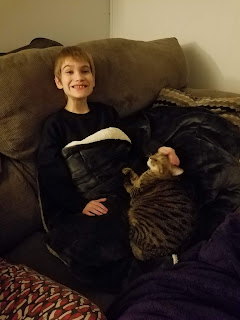 Here's Matthew, feeling much better, snuggled up with his cat Simba.

Matthew was feeling much better just in time for our trip to The Great Wolf Lodge in the Wisconsin Dells, that we'd had planned for several months. (If you are able to schedule your trip a couple months in advance, they have awesome coupon codes.) This was our second trip to the Lodge, we had gone in May of this year and it was awesome! We knew we wanted to come back. So, our trip was scheduled for the second week of October. We stayed 2 nights and had a great time. I've got a whole post planned for just that trip, so stay tuned.

Then we got back home and settled in, and Matthew catches a nasty cold. Head congestion, sore throat, aches, overall misery. Several days later, Edison catches the cold. (He only got a mild case of it, several days of less intense symptoms, and he was good. He almost never gets really miserable when sick.) Then several days later, Alex catches the cold. And just when I thought it would pass me by, I catch it too. And instead of rest & drink fluids, I went into work the next day and worked an AM/PM double (16 and a half hours) and felt 5x worse. 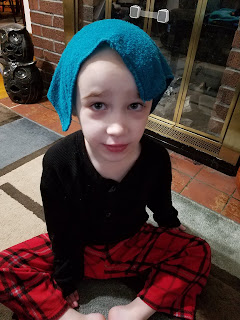 Now, finally, we're all feeling better. I still have a bit of a lingering cough, but it's not a big deal. We all felt better just in time for Halloween, where we didn't have anything planned, since it's been such a weird, sick infested month. We had plans to go on a kid-friendly haunted train ride (that we do every year, and the boys love it), but were too sick to go. We had plans to go to the local children's museum (we are members there) for their Halloween party, but we were too sick to go. The kids have never enjoyed Trick or Treating, so that isn't an activity we make them do.

Other than our fun trip to the Lodge, it was a pretty bummer month. Hopefully next year's Halloween is better. At least we're all feeling better!

Popular posts from this blog 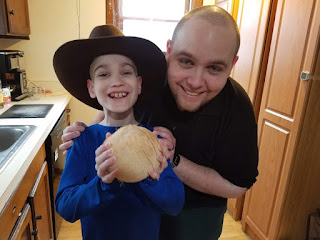 One of Matthew's absolute favorite YouTube personalities right now is Coyote Peterson, of the channel Brave Wilderness. This has been a favorite of Matthew's for a long time now, and we can often hear bangs and crashes coming from Matthew's room as he acts out Coyote's sting videos. Some of his favorite toys are a set of plastic bugs, tweezers (or as he calls them, entomology forceps), his "glass capsule" (a plastic container), and you can't forget his cowboy hat. He wears that hat everywhere. He's also got "Coyote pants", "Coyote boots", and a "Coyote vest". And for Christmas, he wants a "Coyote pack" and "genuine leather Coyote hat".

One of Matthew's absolute favorite things to do is act out Coyote's videos. One of Coyote's videos is about having a coconut breakfast, and Coyote shows the kids how to collect a coconut, open it, eat the meat, and drink the coconut water. Matthew sai…
Read more

Where have I been? 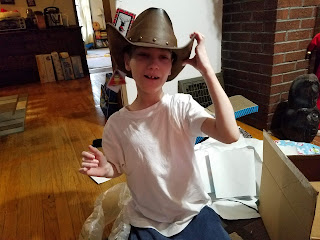 I feel like I blinked, and all of a sudden it's the end of April. Where did the time go??

Well, we celebrated Christmas. For the most part it was pretty relaxed, just us celebrating. Edison took the kids to the Christmas celebration for my side of the family, since I had to work. And we got together with various other family members during the month - I find it's nicer to have small gatherings, that way you can really have some quality time with the people you're celebrating with. Big celebrations can be fun once in awhile, but I prefer a small group.

Somewhere around Christmas, we started realizing that my grandparents, who still live on their own and take care of themselves, were slowing down. We had many discussions, and realized that we wanted to help them as they age and decline physically. So, we started visiting them more often, cooking them meals, that kind of thing. We spent 3 months nearly full time with them as we helped them to appointments, and with medicatio…
Read more 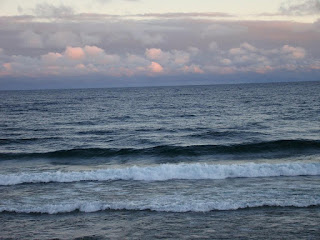 Hi! Welcome to the blog!

I'm Katie, a wife, mother, and nurse, among other things. This blog will be a place where I can share things about my family, explore my interests, and connect with others. If you're reading this, leave a comment! I'd love to get to know you.

I'll start off with 5 facts about me:


I love blankets. I have way too many, according to my husband, but I always want to buy new ones. The softer and fluffier the better. When snuggling with a blanket, I have to have my feet completely wrapped up and tucked in, like a cocoon. I'm pretty sure my husband dreads when the weather starts getting cooler, since I drag blankets out of all my hiding spots and add about 3 comforters to our bed. Purple is my favorite color.When I was younger, and all through high school, I absolutely did not want to be a nurse. I wanted nothing to do with the medical field. It's funny how life gives you opportunities and experiences and shows you exactly what you think you ne…
Read more